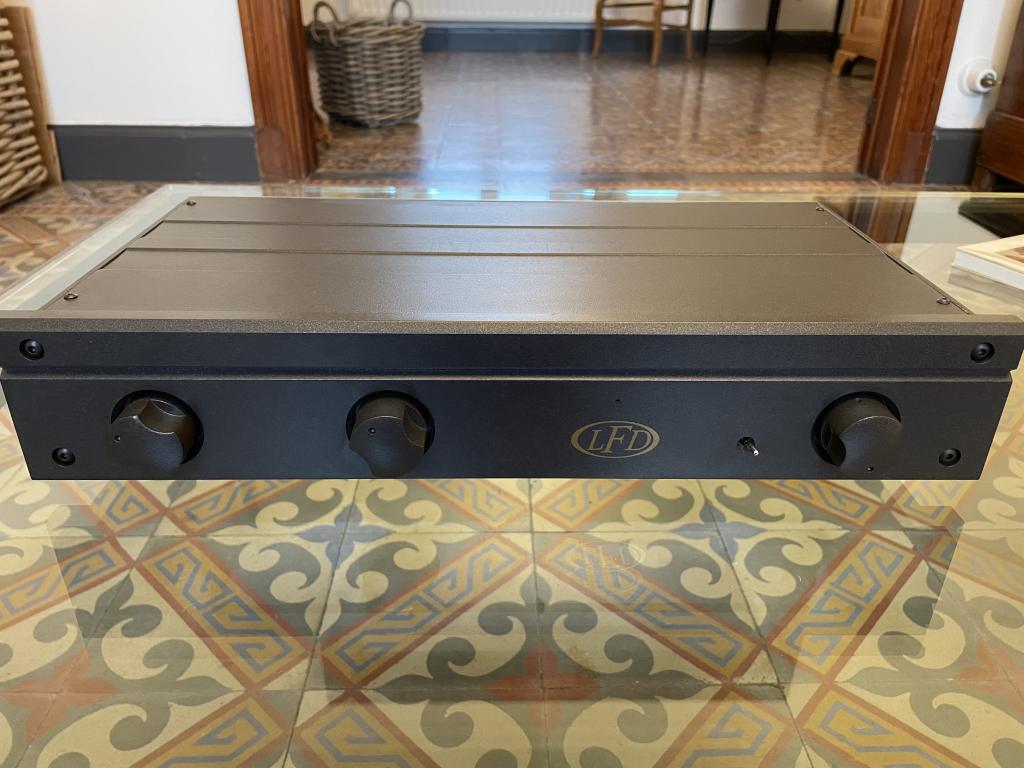 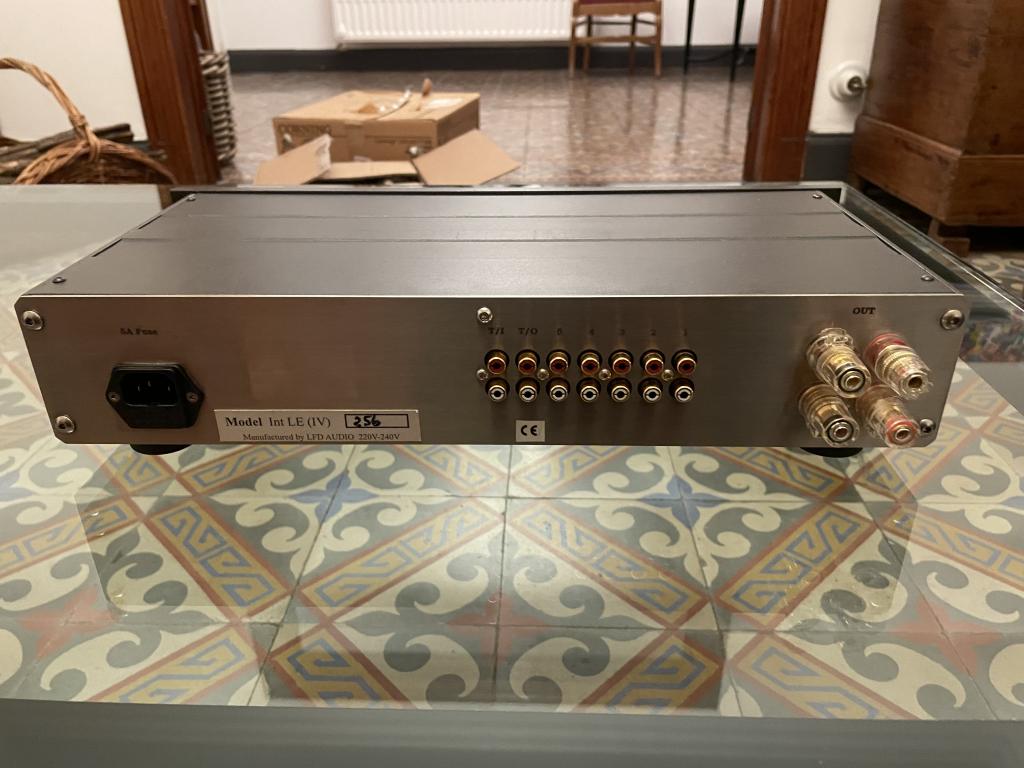 Amplifier handcrafted in England by Richar Bews.
The LFD LE MKIV amplifier is the 4th generation of the original model which was originally called the MISTRAL and which is a legendary device. The original circuit of the MISTRAL has thus been constantly improved by Richard BEWS for 25 years by the use of rare components selected for their sound quality.


"This is the finest solid-state integrated that I have heard—and by no narrow margin. I am transfixed," writes Sam Telling for Stereophile. If you are an audiophile, you likely know what this is: easily one of the top ten integrated amplifiers ever made, rivaling the best flea-watt tube amps in microdynamics and expressivity while retaining solid state resolution and deep, solid bass. A legendary circuit, completely hand-made by Dr. Richard Bews, the Signature version is a further refinement with improved MOSFETS and wiring of mind-blowing quality. Sweetness, openness, airiness, and grunt in a gorgeous, understated boutique integrated amplifier. Runs cool, too, and built to last forever. "If you like features, this integrated has none," says ST, but "If you like sweet, highly resolving sound, the LFD offers these aplenty." The latest refinement of LFD's LE integrated amplifier is rated to deliver 60Wpc and has a new chassis of extruded aluminum, a thick top cover, a much thicker faceplate, and three beautifully shaped knobs. The Mk.IV LE uses two MOSFET output devices per channel and a custom-made volume pot, but forgoes convenience features such as tone controls, specialized inputs, and remote handset. Compared with the Mk.III, the Mk.IV LE had a richer, fuller tonal balance, with deep, solid bass, astonishing immediacy, and exceptional dynamic range. "The LFD Mk.IV LE is artisanal hi-fi of the highest order, as much artistry as science," said ST, who bought the review sample.(Vol.34 No.1) – Stereophile, Class A Recommended Components The LFD MK IV LE looks like a complete reworking of the MK III, but is not. It's a revision, a refinement, replete with a new chassis derived from the LFD NCSE integrated ($6295). Dr. Bews Richard said he worked for two years on the updates and upgrades. The MK IV is smaller but more solid than the MK III. A thick chassis of extruded aluminum and thick top cover, a much thicker faceplate, and three beautifully shaped knobs with segments of circles arced into them. You can have any color you want so long as it's charcoal gray. Richard Bews has spent the last 15 years tweaking the Mistral's circuit. Better parts, shorter signal paths, etc. "There is no substitute for time spent getting to know a product very well, and then find the time to evaluate the best possible part for each section of an amplifier" he told me. "This is very time-consuming and does not make for great promotional copy, but it does deliver better sound." Richard continued : "All LFD amplifiers are made by me, since I need to control quality. I do not want to sell amplifiers that are 'knocked out' on a product line. Much point-to-point wiring requires skilled workers, so it ends up with me doing the difficult work. I require only one part-time worker." "If we could get higher power outputs without increasing complexity, then I have no problem. However, most realizations of bigger amplifiers involve much extra complexity. I believe that as long as the amplifier can supply good power (100 W at least) over short periods (up to 20 ms), then the amplifier should be suitable for driving real-world loudspeakers." "What matters is the ability of the amplifier to preserve small-signal integrity in the presence of large signals ; this is what determines the subjective 'power' of an amplifier. Continuous power ratings are of limited value, since we listen to music, not sinewaves." Preserving small-signal integrity is what low fuzzy disto
Verkäufer:
Privat Benutzerprofil
Registriert seit 03/2022
Kontakt aufnehmen
Andere Inserate des Verkäufers
Drucken
Versandinformationen
- Versand aus Belgien (5501)
- Käufer zahlt Versand
- Versand innerhalb EU