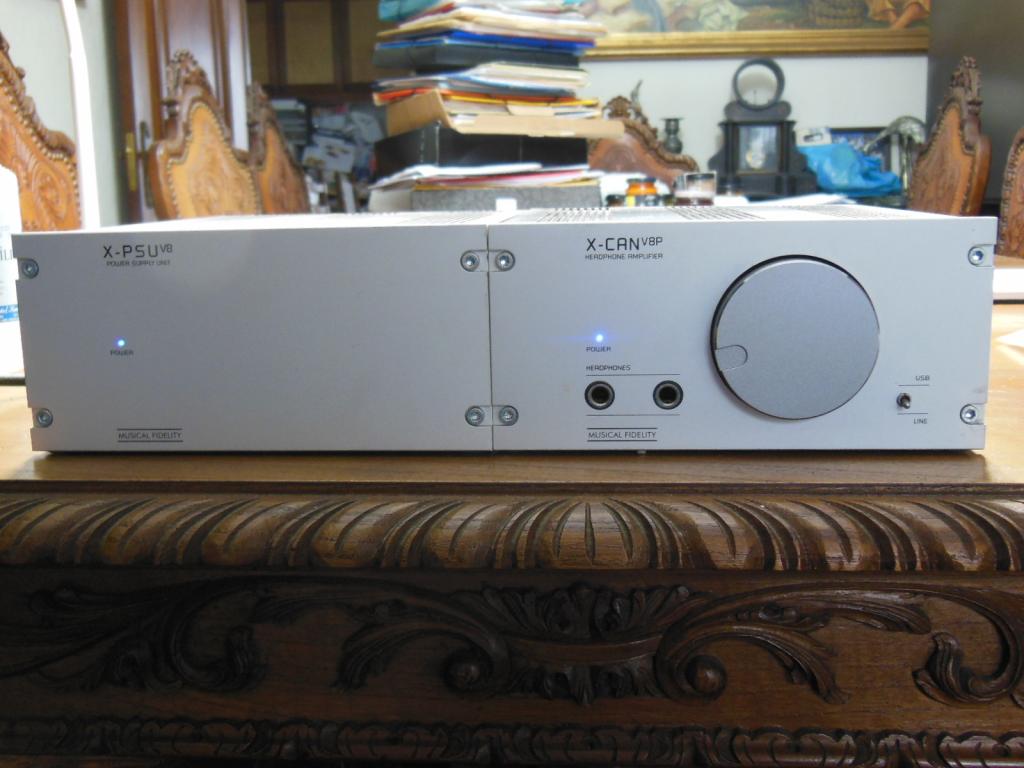 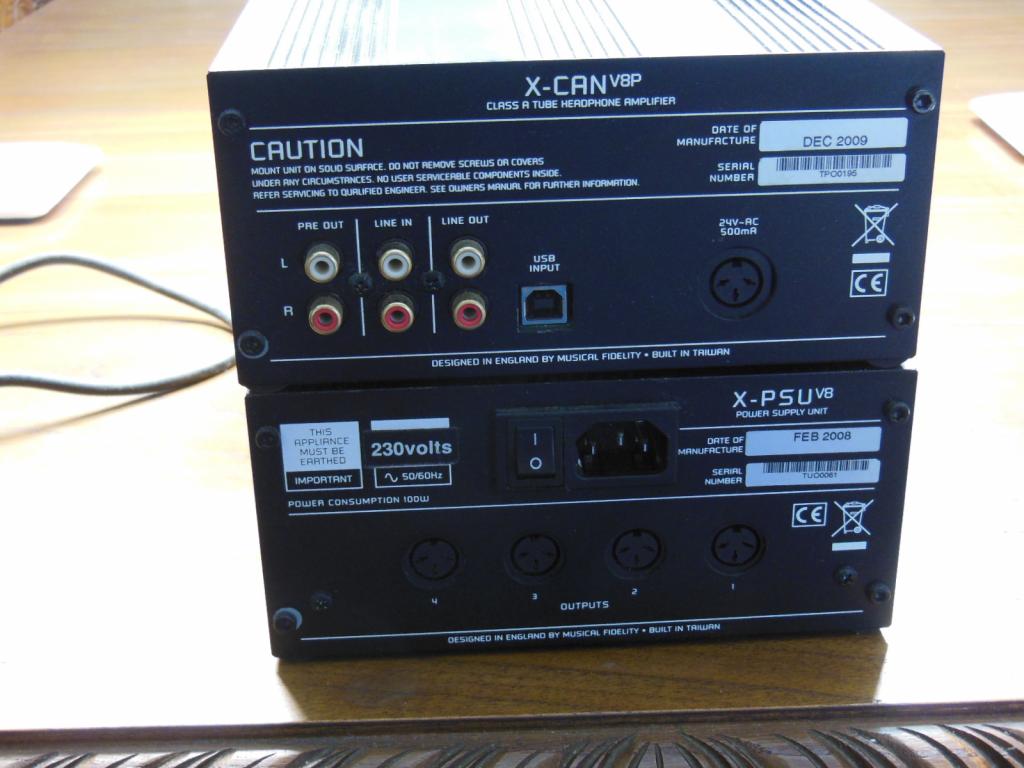 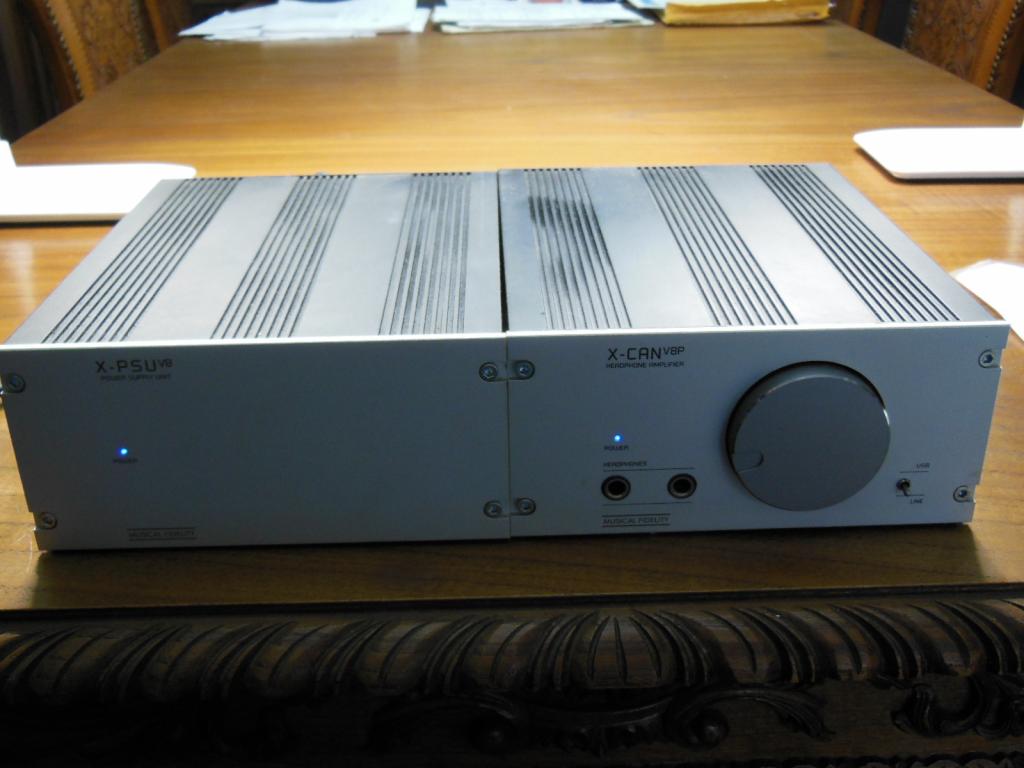 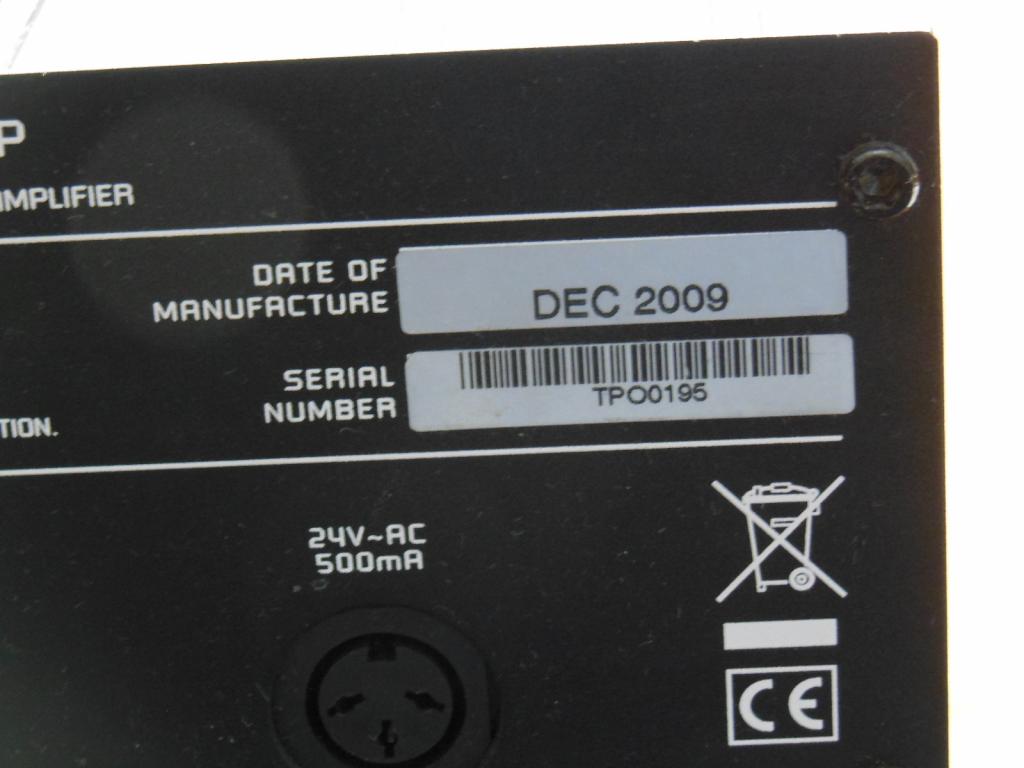 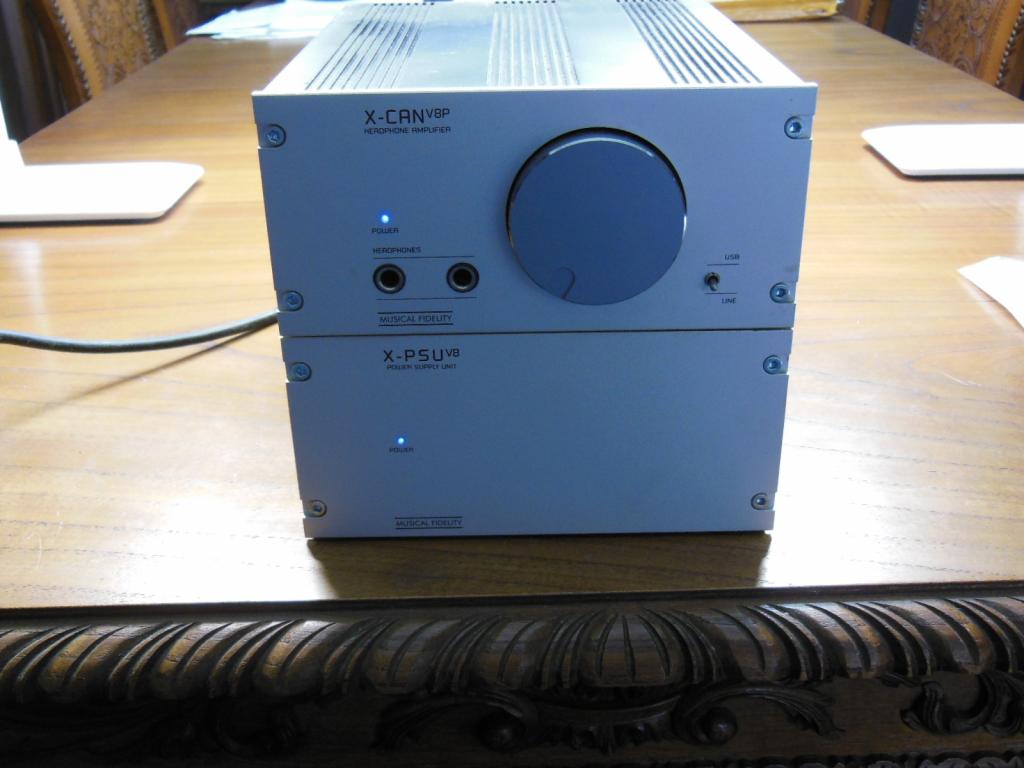 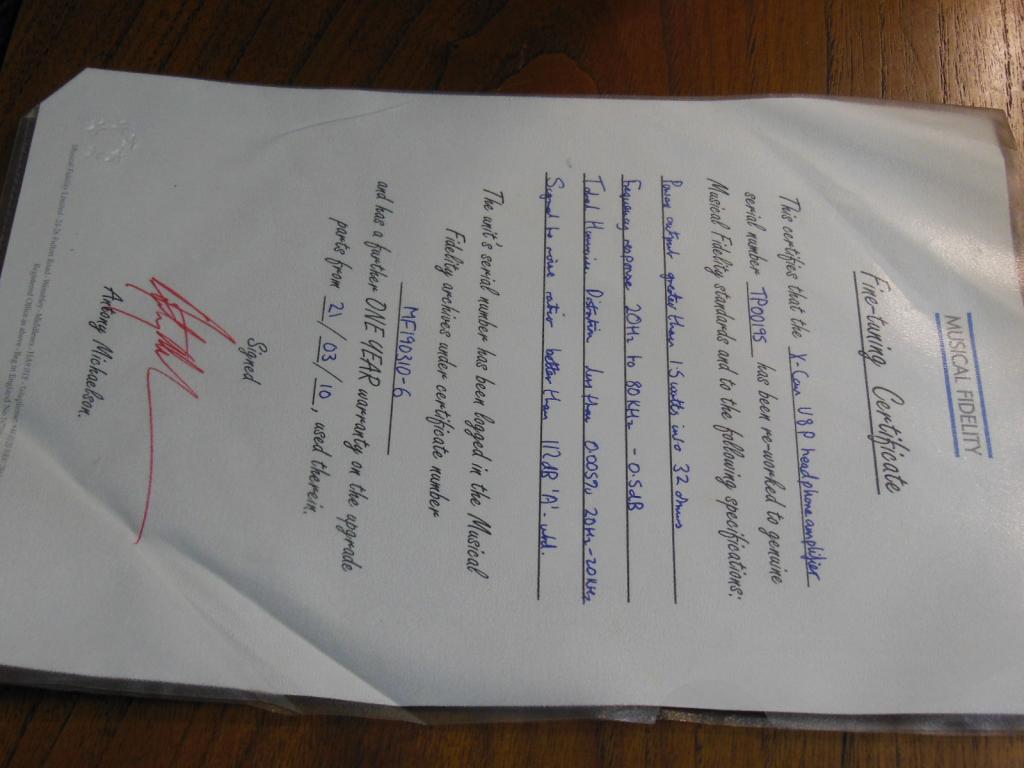 The other day I found out I've been using this amp as my main set for over 2 years now. Suffice it to say that it has earned it's right for a small review.

Like with cars, I find that one can often get a hint of the country a piece of musical equipment was made in and the V8P is no exception in that regard. I find it fits in with brand names like Cambridge Audio, Meridian and NAD among others. Not that I'm an expert on the matter but this piece of equipment gives me that bonafide Hi-Fi feeling; from the first moment I hear it I know it will never let me down. And it hasn't! I still find the V8P pleases me the same way it did the first time I heard it, and that's quite something with all the gear I've seen appearing in the head-fi world lately. So what is it that makes it so good? Oh well...

First thing I noticed when I first saw it was it's sturdy looking build: simple black and silver metal enclosure (my guess is aluminium), with nothing more on it's front than a pair of 6,3 mm headphone jacks, an input switch (internal USB dac / Line in) and this HUGE volume dial. Oh maaannn, how I love to operate that thing; it is by far my most favorite of all control buttons I own, with it's sturdyness, smooth sliding, size and the fact it has this big milled out pointer. All these things make it very easy to operate; I listen a lot while lying in bed with the V8P next to me and no matter my position I always have complete control and understanding of it's stance and because it is so big I can finetune the volume just by gently raking the outer parameter. Anyway, on the back it features a power input, USB input for the internal Dac, Pre-Out, Line-in and Line-out. I haven't tried out the Pre- and Line-out much since I only use it with my headphones, but when I did, I didn't notice anything wrong with them and they worked pretty much in the way they are supposed too in my opinion.

So I've used the V8P mostly in conjunction with my Beyerdynamic DT990 250Ω, which was pretty much the headphone I bought this unit for in the first place. It matches it's needs in the mid and bass departments very well. The amp has a dark background for as far as I can tell, and delivers a smooth and lush sound while retaining detail and dynamics. It manages to pump up the somewhat immature mids and gives them a nice splash of depth along with it. The bass is also deep and warm, but quite tight and controlled as well. The highs tend to be a bit hot sometimes on the DT990 but the V8P reigns them in slightly along with the heavy bass. So it manages to calm down the DT990, making it a more refined and forgiving headphone, while still maintaining it's character overal! Pair this combo with the HRT Microstreamer and mentioned improvement continues along the same line. I've used this amp with a variety of headphones and none ever seem to disagree with it; the Sennheiser HD580 becomes a tad too lush for me and I much prefer them with a solid state amp like the ifI Micro iDSD. I've also auditioned the MF M1 Headphone Amplifier, but found it a bit dryer and less musical than this one, even though I didn't have a lot of experience with head-gear back then... As for the Internal DAC, all I can say is it isn't a foul sounding piece of electronic circuitry, but it's low resolution and less than remarkable performance make for the fact that I rarely use it.

Another thing I really like about the X-Can V8P is the fact that I get the sense I haven't paid a lot of money for stuff I don't really need or want. Yes there is a DAC on board which isn't special and without it they might have saved something on the switch up front, DAC inside and USB connection. But I don't feel that these things will have driven the price up that high, moreover, like I said, it's not a bad sounding unit and it's definitely a step up from most internal sound cards. Also nice is the fact the amplifier doesn't run hot over time, despite having tubes in it.